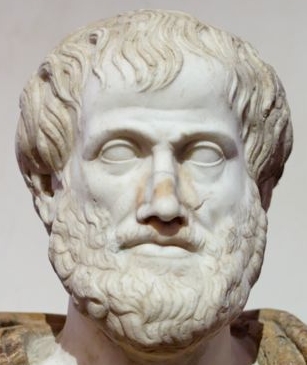 As with any business model, we would have to start by considering the value proposition of universities. Why do we have them? In every debate I’ve been in (and there have been many), people seem to think they have a clear picture: training students. And that is not only unarguably simplistic: in my view, it is even wrong.

Let us start by jumping back to the middle ages. Do not worry, we will come back soon, and even jump forward into the future, but bear with me in this short history ride. Education (in many forms) first took place in religious institutions, by which people were instructed in the contents as much as in the moral. This education seems to have been precursor to the first universities, which were communities (guilds of some sort) of scholars, people educating and being educated. The forum where people would develop their knowledge. In essence, a very scholarly academic forum.

The historical breaking point when universities took off was with the arrival of humanism: the rising interest in knowledge, on having the country have a community of knowledgeable scholars, and of passing that knowledge on. This would allow governments to tackle complicated problems, and even give them a competitive advantage (by having better government structures, by defining the legal system, or by being able to make a better fleet of ships, for example). That makes sense, right?

Now let’s jump back to today. At first sight, the situation doesn’t seem to be that different: students getting degrees. But the key lies in the aspects that are being focused: instead of communities of knowledgeable scholars, we are focusing on output of trained (and arguably educated) professionals. Instead of creating a scholarly forum, we are focusing on having training centres. Public debates tend to focus on how to handle the cost per student and how universities need to be competitive, and we all sound a bit confused when we talk about how basic research should be funded.

This has two intrinsic problems: a design problem and an business model problem. The design problem is that, while developing the current system, we have focused so much on the output of students, that we have designed a ‘machine’ that does not work well. Academia is credited for the number of students (also an arguable indicator, I believe there are much better ways of educating the general population). Hence, we have created small universities in a great number of cities (which of course attracts students). And we expect the scholars to be in them to be researchers surrounded by a stimulating environment of other researchers, in which elevated debates can happen. Of course, that is a contradiction in terms: either you put scholars together, or you spread them around the country or continent, in a set of competing insititutions. This is particularly striking if one looks at examples like the European Union.

But the second, even scarier problem, is the one with the business model. The world is changing. Fast. As a person who has worked in academia for 10 years, and as a geek who likes to be in touch with all new platforms out there, this is something that has troubled me for quite a while. This has a number of implications (I promise posts on each of these sub-topics, but I’ll briefly present them here):

Does that mean that universities are doomed? Not at all! At least not all of them. But they will need to get rid of much of the weigh they carry, and to completely redefine themselves. Adding a few online courses is not going to keep them going for long.

Summarising: if we had to design universities from scratch, we would do it completely different. And I am keen on building that world, with universities and with individuals. I want to create a forum, to boost education and competence building. Hey, it sounds like the original purpose of univeristy. But with a different, dare to be different flair. Who is with me?